We take our social responsibility seriously and engage ourselves locally in our supply area. 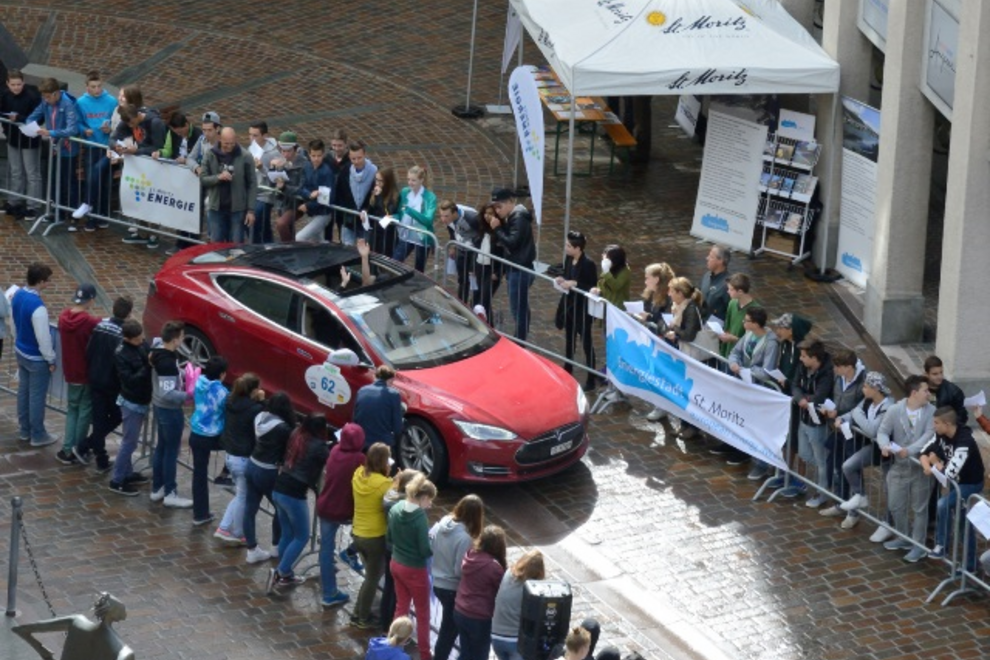 As a locally rooted business enterprise, we support a substantial part of the economic development in St. Moritz and Celerina. It’s not only the jobs or the public municipal taxes that contribute here. We assume responsibility for the inhabitants and the region through targeted support for various sponsorship projects, events, clubs and groups.

We sponsor selected projects in the fields of sports, culture, environment and business. During our engagement, there are two important aspects at play: on the one hand, connectedness with the local supply area; and on the other hand, obtaining an increased level of brand awareness. Sponsorship activities help achieve this goal by demonstrating to our customers that our activities involve far more than just delivering kilowatt hours of energy.

The non-profit association Shanti Switzerland is active in the fight to alleviate poverty through education. St. Moritz Energie specifically supports the Dipshikha Electrical Skill Improvement project which, under the leadership of Mr Jakob Schaub from Buchs (SG) trains young students in Bangladesh to become electricians. More information can be found at www.shanti-schweiz.ch.

Since 1860, the Nock family has been travelling throughout Switzerland with their circus. Today, Circus Nock AG is a family-owned company which travels without state subsidies. During their tour they also visit the Upper Engadine every year. Switzerland’s oldest circus provides exciting live entertainment in St. Moritz for both tourists and locals. More information can be found at www.nock.ch

The Au Coeur du Niger Association is an independent charity with its headquarters in Romont, Switzerland. Founded in 2009, the Association is run by a young and dynamic team of volunteers. The Association’s primary objective is to provide a basic education, sewing classes, regular meals, healthcare, and a home for orphans, albino children, and child-mothers of Niger’s Zinder region, with an ultimate goal of forging greater independence and a better future for the local population. St. Moritz Energie helps with donations. More information can be found at www.aucoeurduniger.ch.

For 19 years now, riders and equestrian sports enthusiasts from near and far have been meeting in St. Moritz to enjoy sports and to socialise, along with their horses. Every year the tournament promises sporting excitement and an enjoyable ambience. The event, together with the framework programme, provides for an interesting and eventful week. More information can be found at www.stmoritz-concours.ch.

The element of water and the production of electricity link the communities of Celerina and St. Moritz, and since 1904 these two components come together in the winter operation of the St. Moritz – Celerina bobsleigh track. The ice track in Upper Engadine is the oldest bobsleigh track in the world as well as the last remaining natural ice slope on Earth. Other tracks throughout Europe, North America and Japan need to be artificially iced because they are not located at suitable altitudes. More information can be found at www.olympia-bobrun.ch.

The Engadine Ski Marathon is not only one of Switzerland's most important grassroots events, but is also a popular meeting place for the world elite. The “Engadiner” is Switzerland’s largest cross-country skiing event. Since the first event back in 1969, the international resonance and popularity of the event have been ever increasing. Since then, the number of participants is somewhere in the region of 12,000 to 13,000, from some 50 nations. More information can be found at www.engadin-skimarathon.ch.

PluSport is the umbrella organisation for Swiss disabled sports. In existence for more than 50 years, today it counts around 12,000 members in its centre of excellence for integration through sport for people with disabilities. PluSport offers emotions through movement with over 90 sports camps and 460 offerings from various PluSport clubs. PluSport also supports the sport as a Swiss Paralympics sponsor. More information can be found at www.plusport.ch.

The traditional village festival in St Moritz always attracts a host of people to the rooftop venue of the Quadrellas car park building. Locals and foreign visitors, regardless of age or origin, all enjoy the conviviality, admire the crafts, soak up the Engadine atmosphere and celebrate well into the night.

The Gallery Festival takes place on the third Friday each July at the Plazza dal Rosatsch in St. Moritz-Bad. Various attractions await the visitors, including a carousel, the famous “crate climb”, a stand from the Young Chamber of Commerce selling plastic ducks for the annual “duck race” to benefit children’s charities in the Upper Engadine, a Uni-hockey goal-shooting wall, and a stand from the local youth organisation. And of course your culinary well-being is well catered for, with a wealth of food stands on offer.

Since 1948, the gymnastics club has organised the “Across Celerina”, one of the oldest running sports events in The Canton of Graubünden. Over the decades, the "Across Celerina" has gone through numerous changes. In the early days, it consisted of a run around Celerina. Later, the event was moved to the centre of the village and geared primarily towards children. Amidst a great atmosphere and cheered on by hordes of spectators, the rounds are completed with an American flair. Additionally, a 10-kilometre race and a walking event for adults have been held for several years now.

St. Moritz Energie supplies electricity in the municipalities of St. Moritz and Celerina to keep everything going. In a club, it is the youth that embodies energy. FC Celerina is the oldest soccer club in South Grisons, and its officials have been committed to the Engadine youth for many years. The club and its officials provide the juniors with their time and experience. St. Moritz Energie has been one of the biggest sponsors and a big fan of the FCC and the juniors on the side lines for several years. More informations at www.fc-celerina.ch.

It is the goal of the Regionales Leistungszentrum Alpin Oberengadin to bring together the best Upper Engadine athletes aged 5 to 15 years, so they can motivate each other even more in a regular competition. The Regionales Leistungszentrum Alpin Obereingadin is a training facility that makes it possible to better coordinate school education with the development of a top athletic career. The facility is connected to the funding structures definied by the regional associations and is intended to cover as many talented young athletes as possible.

The foundation was established in 2003 by the daughter of Hans and Engelina Gabriel-Brunold from Sils. Her parents had previously supported needy people in Oberengadin. The daughter wanted to continue this idea and then, using her parents' assets, founded the foundation in 2003. The foundation supports residents who live on the edge of the subsistence level and are in acute need. Applications are checked for need, subsidiarity and necessity and are usually submitted by the regional social service, Pro Senectute and Berufsbeistandschaft.