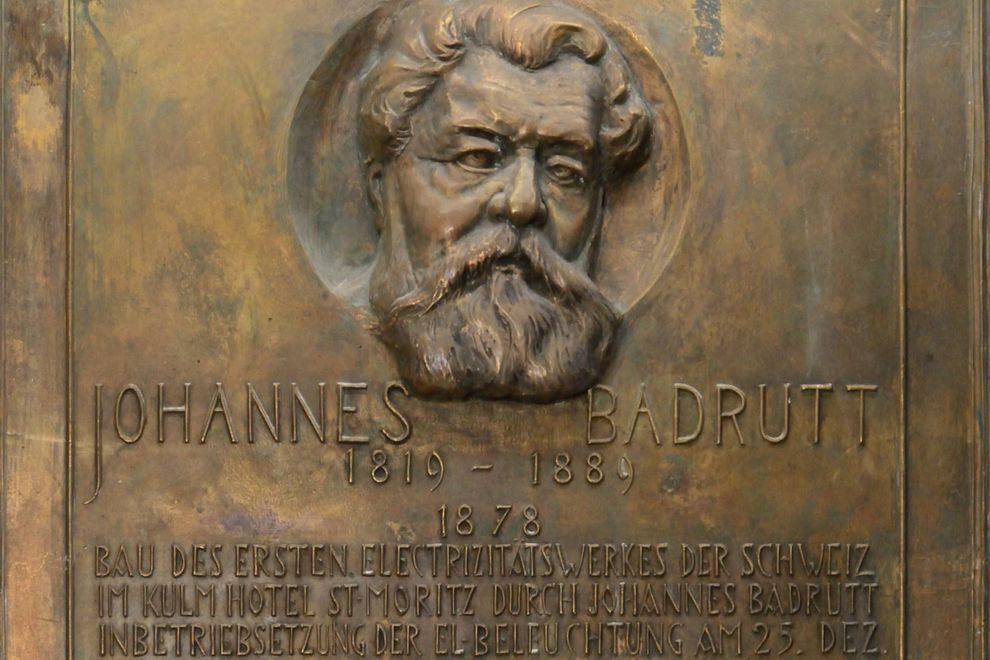 A bronze plaque, currently on display at the Islas power plant, commemorates the pioneering achievement of Johannes Badrutt 1878 – the first power station in Switzerland.

In 1913 the municipality of St. Moritz took over the private company for electric lighting and created the electricity plants (EW) St. Moritz. Today it produces electricity for St. Moritz and Celerina under the name St. Moritz Energie

The history of electric light, however, began 135 years ago, in 1878, when the Samedan hotel pioneer Johannes Badrutt implemented the first electricity plants in Switzerland above his Kulm Hotel in St. Moritz, causing quite a stir with its festively lit Belle Époque halls.

It was neither in Zurich, Berne or Geneva, but here in St. Moritz where the first electric light in Switzerland shone. This shows the cosmopolitan outlook and trailblazing pioneer spirit that prevailed during the second half of the 19th century in the Upper Engadine health resort.

Our milestones from 1878 to today

To celebrate our 100th anniversary, we have immortalised our history in the anniversary book "Die weisse Kohle von St. Moritz und Celerina". Browse it online!

More information can be found in our Facts & Figures document, which is available for download in PDF format: